The vaguely conceived idea which is now Boudreaux Cellars was hatched late one summer evening in the backyard of my good buddy, Gary Figgins

The History of Boudreaux Cellars

The vaguely conceived idea which is now Boudreaux Cellars was hatched late one summer evening in the backyard of my good buddy, Gary Figgins – the famed founder and winemaker extraordinaire of Leonetti Cellar in Walla Walla, Washington. Gary was busy pouring out half a bottle of some French Premiere Cru on his favorite oak tree while I was helping myself to the obviously superior 1989 Leonetti Reserve … complaining all the while about the high price of it. Gary challengingly remarked, “well, why don’t you just make your own wine?”. I retorted,
“Well, I think I will!! How do you do it?” He shrugged the Italian shrug of our grandfathers and returned, “Aw, there’s nothing to it. Just get some grapes, squash ’em in a trash can and try to leave ’em alone!” (Later he loaned me the books and more advice than I deserved.)

Gary and his son, Chris, had nicknamed me “Boudreaux” several years before – Boudreaux being that colorful Louisiana folklore character widely known for his keen sense of adventure and good humor. When the first wine was made here in 1998 Chris immediately dubbed it “The Cru Boudreaux”. The name stuck like super glue. The wine was fermented outside on my porch over a propane stove and aged in a 30 gallon barrel under my house in a tiny wine cellar. For two years it was the holy grail of Icicle Canyon. The first wine was half Merlot/half Cab Franc. I still love that one.

Soon we were on to making Cabernet Sauvignon indoors and underground.
The rest is history. 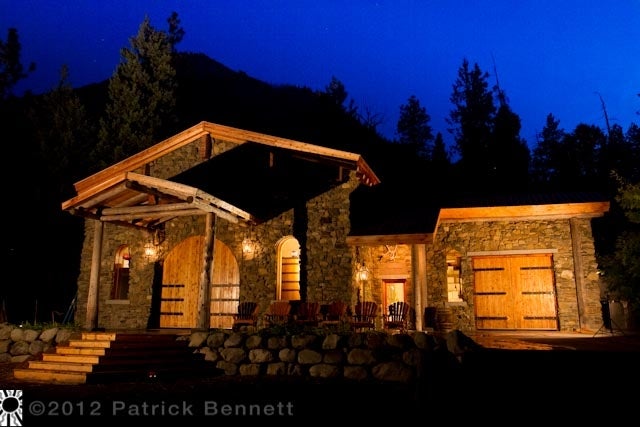