A multitalented winemaker who produces some of the best handcrafted wines in the Northwest. Rob credits Leonetti Cellars owners Gary and Chris Figgins, along with John Abbott from Abeja Winery in Walla Walla, for gently guiding him to his rustic alpine wine making adventure.

The former mountain and rock climbing guide was working for Gore-tex (for whom he developed a fly-fishing wader in the 1990’s) when he first tasted a 1985 Leonetti reserve Cabernet Sauvignon. Not realizing that Leonetti wines are in high demand and sold only to people on a mailing or waiting list, Rob called the winery and asked to buy a case. The Figgins family were charmed by the Southerner and managed to collect enough bottles to fill his first case order.

It was the beginning of a long friendship and mentoring. The winemakers and Rob fished together, and he entertained them with Bluegrass music and jokes about Boudreaux, an infamous Cajun folklore character known for his brilliant sense of humor and pursuit of high adventure. In 1998, Rob began making homemade wine, and in 2001, when he made his first commercial wines, Chris Figgins suggested he name them Boudreaux.

The tall, lanky winemaker is also an experienced cook; a step into his kitchen blesses you with some of the most mouth-watering Cajun food this side of Louisiana. “My mother taught me that if you want to eat, you have to learn to cook.” He crafts his wines from the perspective of a gourmand, pairing wines with food to create synergy.

Rob says wine making makes use of all his talents, both left-brain and right-brain: science, invention and process combined with blending, cooking, tasting, musicâ€”and jokes. Even though Boudreaux wines are award winners, Rob never loses his sense of humor and even crafts little ditties for each wine. “Drink this Merlot, eat smoked Coho, kick off your flip-flops, dance on rooftops” is an ode to a recent Merlot.

Laughing at yourself is a great way of entertaining,” says Rob. “We have as much fun at it as we can.”

Rob is always up for swapping stories, email him at rob@boudreauxcellars.com 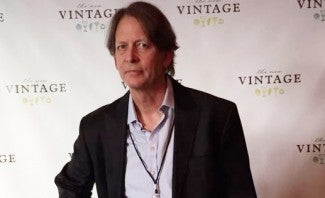 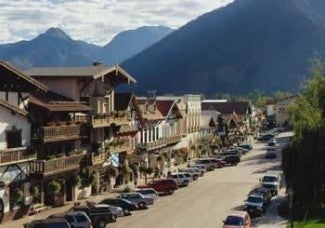